Trial of electronic device leads to improvement in more than half of patients, raising hopes for an alternative to medicines

A new treatment for arthritis sufferers has been hailed as “magic” by a woman who had a pioneering electronic implant fitted.

Monique Robroek, who took part in a study at the Academic Medical Centre in Amsterdam, told Sky News she had seen a major improvement in her condition, having previously required the strongest drugs to help ease her pain.

“I have my normal life back,” she said, having had the implant fitted a year ago. “Within six weeks I felt no pain. The swelling has gone. I go biking, walk the dog and drive my car. It is like magic.”

Computers trained to recognize mutations that alter the processing of RNA.

While sequencing an entire genome is eminently doable, sequencing an exome is easier. The exome contains all of the DNA that dictates the amino acid sequences of all the proteins a cell needs to make, so any mutations that will change a protein’s sequence can be found in it. It’s easier simply because only about two percent of the entire genome encodes proteins.

But not all disease-causing genetic mutations alter amino acid sequences. Evidence has been accumulating for some time that mutations in non-coding regions of DNA—which can dictate how much of a protein is produced, in which cells, and at which times—can also cause trouble. Computational models have been used to try to find different types of non-coding mutations. A new one has just been developed to try to find mutations that alter the processing of RNA and correlate these mutations to disease; results are reported in Science.

Ramaswamy Narayanan, Ph.D., professor in the Charles E. Schmidt College of Science at Florida Atlantic University, is working to blend the power of computers with biology to use the human genome to remove much of the guesswork involved in discovering cures for diseases.

In an article titled “Ebola-Associated Genes in the Human Genome: Implications for Novel Targets,” published in the current MedCrave Online Journal of Proteomics and Bioinformatics, Narayanan describes how key genes that are present in our cells could be used to develop drugs for this disease.

“Bioinformatics is a powerful tool to help us understand biological data,” said Narayanan whose research has focused in this field for more than a decade. “We are mining the human genome for Ebola virus association to develop an understanding of the human proteins involved in this disease for subsequent research and development, and to potentially create a pipeline of targets that we can test and evaluate.”

Using a novel drug-screening approach, researchers have found more than 50 drugs that show potential as anti-Ebola treatments, according to a study published today (December 17) in Emerging Microbes and Infections. The team used a noninfectious Ebola virus mimic to assess the ability of a large number of drugs to inhibit entry of the viral impostor into human cells. The researchers focused their search on drugs approved by the US Food and Drug Administration (FDA) and those in investigational trials, in the hopes of cutting costs and risks associated with early-stage drug development.

“Looking at approved drugs—especially in the context of an outbreak—and this type of off-list use of potential drugs, is useful,” said Matthew Frieman, a virologist at the University of Maryland School of Medicine who was not involved in this study. “It can start discussions with doctors and clinicians in the field.”

More than 18,000 people have been infected with Ebola—including nearly 7,000 reported deaths—as part of the ongoing outbreak in West Africa, according to the World Health Organization. Although the Ebola virus was first identified in 1976, drugs to treat the disease have been difficult to develop. The current outbreak has spurred the use of experimental drugsto treat Ebola with some success.

Quantum physics is weird. Things can be in two places at once or spinning in two different directions at the same time.

We can normally ignore this absurdity since it only happens at the microscopic scale. However, soon machines that exploit these bizarre features could revolutionise computing.

Conventional computers store and process information as bits. A bit can be a 1 or a 0. A modern computer chip has millions (even billions) of electronic switches that can either be on to represent 1 or off to represent 0. The progress in computing over the past 70 years has been to shrink and speed up these switches. 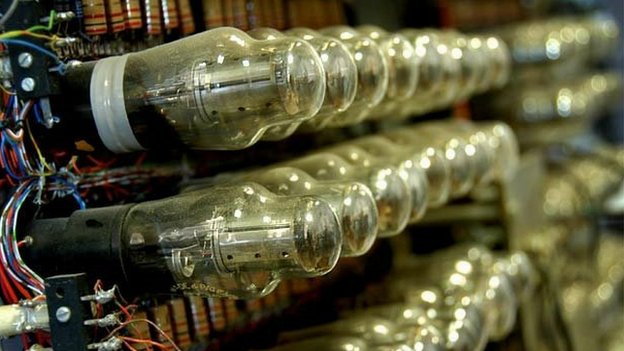 A quantum computer works very differently. Because it uses as its bits tiny particles , either atoms or subatomic particles, these are subject to the laws of quantum physics.

For all their amazing performance, conventional computers have their limitations. There are some problems so difficult that all the computers that have ever been built could work together and still not find the answer before the sun explodes.

Researchers uncover a class of antibodies that may confer immunity to different serotypes of the dengue virus.

A study of antibodies from the blood of patients infected with dengue virus has revealed a group of antibodies that recognize a unique envelope dimer epitope (EDE), which spans two protein subunits on the viral surface. Antibodies to EDE effectively neutralized all four dengue serotypes in cell culture experiments, an international team led by researchers at Imperial College London reported today (December 15) in Nature Immunology. The finding could guide strategies to develop a broadly protective vaccine against dengue, a mosquito-borne virus that infects about 400 million people per year.

Although only about 25 percent of people infected with dengue develop symptoms, the disease can lead to severe, and potentially lethal, hemorrhagic fever. Dengue is a growing problem in both developing and developed countries. Designing vaccines has been a long-standing challenge because of the unstable structure of the virus and the differences among its four serotypes.

“The shell of the virus is made up of a rather beautiful array of these envelope proteins all stacked together,” study coauthor Gavin Screaton of Imperial College London said during a press briefing.  “The antibody actually recognizes the junction between two of these proteins, so it will only recognize the protein when it’s made on the virus.”

How 3-D printing is revolutionizing medicine.

In February of 2012, a medical team at the University of Michigan’s C. S. Mott Children’s Hospital, in Ann Arbor, carried out an unusual operation on a three-month-old boy. The baby had been born with a rare condition called tracheobronchomalacia: the tissue of one portion of his airway was so weak that it persistently collapsed. This made breathing very difficult, and it regularly blocked vital blood vessels nearby, including the aorta, triggering cardiac and pulmonary arrest. The infant was placed on a ventilator, while the medical team set about figuring out what to do. The area of weak tissue would somehow need to be repaired or replaced—a major and dangerous operation in so small a patient. The team consulted with the baby’s doctors at Akron Children’s Hospital, in Ohio, and they soon agreed that they had just the right tool for this delicate, lifesaving task: a 3-D printer.

Full story at The New Yorker

Researchers have created the highest-resolution map to date of how the human genome folds within the nucleus, according to a study published today (December 11) in Cell. The work illuminates basic facts about the genome’s 3-D structure, including that it forms around 10,000 loops. It also sheds light on how genome structure influences gene expression, as looping DNA brings promoters and enhancers into close proximity. The work covers one mouse and eight human cell types.

“This is indeed a standard-setting paper,” said Bing Ren, a professor of cellular and molecular medicine at the University of California, San Diego, who was not involved in the study. “It’s a landmark in the field of genome architecture.” Ren’s lab published its own 3-D map of genome structure last year, but according to Ren, this latest version has five to 10 times better resolution.

“This huge dataset will be used as a highly valuable resource for many researchers to mine and address all sorts of questions related to the functioning of our genome,” Wouter de Laat, who studies DNA architecture at the Hubrecht Institute in the Netherlands, wrote in an e-mail to The Scientist.

During a local inflammatory response, white blood cells called neutrophils bind to the sides of blood vessels and crawl along them. This allows neutrophils to migrate toward infection: the cells find favorable locations to exit the blood vessels and migrate into infected tissues, where they engulf pathogens. Initiating this process requires that activated platelets bind to a protein called PSGL-1 that neutrophils project into the blood stream like antennae, according to a paper published today (December 4) in Science. When neutrophils are unable to bind to platelets, they fail to migrate normally, and inflammation is reduced.

“It’s a very interesting concept that platelets would be so important in inflammation and in regulating neutrophil biology,” said Paul Kubes, an immunologist at the University of Calgary in Canada who was not involved in the study. “I think people are starting to appreciate that platelets are becoming more and more important in immunity.”

Study coauthor Andrés Hidalgo, an immunologist at the Spanish National Center for Cardiovascular Research (CNIC), refers to the interaction between neutrophils and platelets as a checkpoint: it confirms to the neutrophils that there has been an insult to the body. Inflammatory cytokines spur the lining of the blood vessels to become activated and the neutrophils to bind them, but this alone is not sufficient to activate the full inflammatory response. The presence of activated platelets indicates a vascular injury. “It’s not only that . . . the vessel gets activated in this local place were you get the injury,” said Hidalgo. “You need the circulation to tell you something is really wrong.”

Just after Christmas of 1938, a young woman named Marguerite Perey — then 29, with a plain, open face, her eyes intent upon her work — sat at a bench in the Radium Institute of Paris, a brick mansion near the Jardin du Luxembourg. In a glass vessel, she examined fluid containing metal salts. She carefully dosed it with lead and hydrogen sulfide, then with barium, causing the solution to separate into different substances. She was in the final stages of purifying actinium, one of the rarest and most dangerous elements yet discovered, from uranium ore. Ten tons of ore yielded just one or two milligrams of actinium; Perey, who joined the institute as a teenager to be the personal technician for Marie Curie, was an expert in its isolation.

Full story  in the NYT