Armed with the right adjuvant system, vaccines are poised to tackle one of the world’s most intractable diseases.

More than four decades and billions of dollars since President Richard Nixon declared war on cancer, the disease is still the second most common cause of death in the U.S. According to American Cancer Society, nearly 600,000 Americans are expected to die of cancer in 2015, while more than 1.6 million new cancer cases are estimated to be diagnosed. Although we have learned much about the disease and improved outcomes for many patients, we are still relying on surgery, chemotherapy, and radiation to treat cancer, just as we did four decades ago. But, as widespread sequencing of tumors has revealed, no two cancers are identical, limiting the effectiveness of such homogenous

One force partially equipped to address this magnitude of cancer diversity is the immune system, which constantly patrols the body for deadly foreign invaders such as pathogens and abnormal cells. Immunotherapy approaches—and specifically, cancer vaccines—harness and enhance the immune system’s ability to recognize and eliminate tumor cells.

Scientists have found a way to boil water faster, although they admit the discovery is unlikely to revolutionise tea-making.

The technology works by coating a heating element with a virus found on tobacco plants. The coating dramatically reduces the size and number of bubbles that form around the element as it gets warmer. Air pockets caused by bubbles temporarily insulate heating elements from the surrounding water, slowing down the transfer of heat.

A coating made from the tobacco virus tripled the efficiency of boiling water, scientists said, which could save vast quantities of energy in industrial power plants or large-scale electronic cooling systems.

“Even slight improvements to technologies that are used so widely can be quite impactful,” said Matthew McCarthy, an engineer at Drexel University in Pennsylvania.

Controlling the formation of bubbles would also help guard against a scenario called “critical heat flux” that is undesirable – sometimes disastrous – in industrial boilers. This happens when so many bubbles are forming that they merge into a blanket surrounding the element, meaning that it can no longer transfer heat to the water.

“What happens then is the dry surface gets hotter and hotter, like a pan on the stove without water in it,” said McCarthy. “This failure can lead to the simple destruction of electronic components, or in power plant cooling applications, the catastrophic meltdown of a nuclear reactor.”

Acne, a scourge of adolescence, may be about to meet its ultra high-tech match. By using a combination of ultrasound, gold-covered particles and lasers, researchers from UC Santa Barbara and the private medical device company Sebacia have developed a targeted therapy that could potentially lessen the frequency and intensity of breakouts, relieving acne sufferers the discomfort and stress of dealing with severe and recurring pimples. The particles are delivered into the sebaceous gland by the ultrasound, and are heated by the laser. The heat deactivates the gland.
Credit: Peter Allen Illustration

“Through this unique collaboration, we have essentially established the foundation of a novel therapy,” said Samir Mitragotri, professor of chemical engineering at UCSB.

Pimples form when follicles get blocked by sebum, an oily, waxy substance secreted by sebaceous glands located adjacent to the follicle. Excretion of sebum is a natural process and functions to lubricate and waterproof the skin. Occasionally, however, the openings of the follicles (pores) get blocked, typically by bits of hair, skin, dirt or other debris mixed in with the sebum. Overproduction of sebum is also a problem, which can be caused by hormones or medications. Changes in the skin, such as its thickening during puberty, can also contribute to follicle blockage. Whatever the cause, the accumulating sebum harbors bacteria, which results in the inflammation and local infection that we call acne 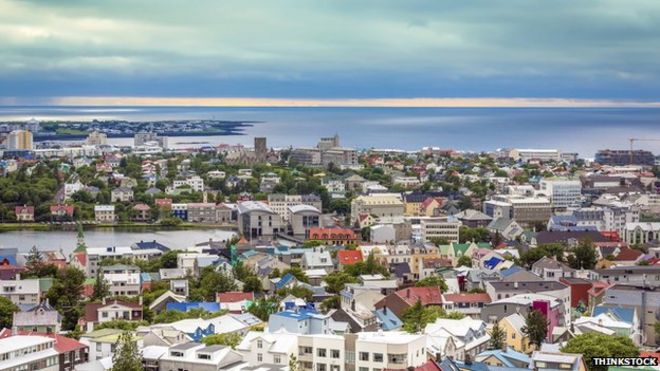 The genetic code of “an entire nation” has effectively been deduced, say researchers in Iceland.

The feat was performed by combining DNA data with family trees.

The team say they could now find every woman at high-risk of breast cancer “at the touch of a button” and it would be “criminal” not to use the information.

The reports, published in the journal Nature Genetics, used the data to make a suite of discoveries including the age of the last common ancestor of men.

The deCODE genetics team has taken the whole genome sequence of 10,000 people and combined it with nation-wide family trees.

“By using these tricks we can predict, with substantial accuracy, the genome of the entire nation,” the chief executive of deCODE, Dr Kari Stefansson told the BBC News website

A team using the Sample Analysis at Mars (SAM) instrument suite aboard NASA’s Curiosity rover has made the first detection of nitrogen on the surface of Mars from release during heating of Martian sediments.

The nitrogen was detected in the form of nitric oxide, and could be released from the breakdown of nitrates during heating. Nitrates are a class of molecules that contain nitrogen in a form that can be used by living organisms. The discovery adds to the evidence that ancient Mars was habitable for life.

Nitrogen is essential for all known forms of life, since it is used in the building blocks of larger molecules like DNA and RNA, which encode the genetic instructions for life, and proteins, which are used to build structures like hair and nails, and to speed up or regulate chemical reactions.

However, on Earth and Mars, atmospheric nitrogen is locked up as nitrogen gas (N2) – two atoms of nitrogen bound together so strongly that they do not react easily with other molecules. The nitrogen atoms have to be separated or “fixed” so they can participate in the chemical reactions needed for life. On Earth, certain organisms are capable of fixing atmospheric nitrogen and this process is critical for metabolic activity. However, smaller amounts of nitrogen are also fixed by energetic events like lightning strikes.

A new blood test can help doctors tease out whether an infection is caused by a virus or bacteria within two hours, research in Plos One suggests.

It could stop patients being given antibiotics when they are not needed, scientists say.

It is still at a laboratory stage but the team is working on a portable device too.

Independent experts say the work addresses a serious problem. Further studies are being carried out.

It is not perfect and it does not replace a physician’s judgement, but it is better than much of routine tests used in practice today

Doctors face a number of challenges when deciphering which bug is responsible for an infection and the treatment that would best tackle it.

Routine tests to check the definitive identity of bugs can take days – they often involve taking a sample and then trying to grow the organism in a lab.

The Borthwick Institute for Archives, housed at the University of York in the U.K., boasts thousands of church documents, some of which date back to before 1300, as well as troves of medical illustrations, architectural drawings, and records of the British-Caribbean slave trade. But recently, a team of biologists began digging into the Borthwick’s records in search of a different sort of information: genetic material that is yielding insights into the selective breeding of farm animals.

Rather than rely solely on scarce, weather-beaten bones to reconstruct the animals’ genetic histories, the researchers decided to extract DNA from pieces of 17th- and 18th-century parchment. Produced from the skins of sheep, goats, and cattle, parchment was commonly used as a writing substrate until paper came into wide use in the 19th century.

Beginning with the Dead Sea Scrolls in 1996, a handful of researchers have used polymerase chain reaction (PCR) to amplify bits of high-copy mitochondrial DNA from parchment, but these investigations have yielded little information beyond species identification. PCR favors longer stretches of DNA, which often come from contaminants, and can also produce chimeric sequences when, for example, a sheep DNA fragment is incompletely amplified, and a bit of goat DNA attaches to the amplicon in its place.

Matthew Teasdale and Daniel Bradley of Trinity College Dublin and their colleagues were the first to apply next-generation sequencing to DNA from parchment (Phil Trans R Soc B, 370:20130379, 2014).

“The key parameter with historical DNA is simply how much of your target species DNA is there,” says Bradley. “And parchments have a very high percentage of endogenous DNA compared to contemporaneous bone samples.” Parchment documents also offer the advantage of more precise dating.

To test the feasibility of high-throughput sequencing for analyzing animal genomes from parchments, Teasdale and Bradley teamed up with bioarchaeologists at the University of York and Borthwick archivist Christopher Webb.

Association between breastfeeding and intelligence, educational attainment, and income at 30 years of age: a prospective birth cohort study from Brazil

Breastfeeding has clear short-term benefits, but its long-term consequences on human capital are yet to be established. We aimed to assess whether breastfeeding duration was associated with intelligence quotient (IQ), years of schooling, and income at the age of 30 years, in a setting where no strong social patterning of breastfeeding exists.

A large team of researchers with members from across the globe has found that an ingredient in popular cough medicines may help people with Type 2 diabetes. They have published a description of their research and their findings in the journal Nature Medicine.

Type 2 diabetes is the kind of diabetes that people normally get as adults, it is characterized by the pancreas producing less insulin, a hormone that helps the body regulate and use glucose. The cause of diabetes is not known and there is no cure. Patients must typically modify their diet and take medications or insulin to maintain their health. In this new effort, the researchers report that they were conducting a study of dextromethorphan, the active ingredient in many cough suppressants—prior research had shown that when ingested, as the body works on it, a byproduct called dextrorphan is formed—a compound that suppresses the activity of certain brain receptor cells which reduces the urge to cough. Prior research had shown that it also had an impact on receptor cells in the pancreas, but it was not known what that impact was. The team reports that they were expecting the compound to worsen insulin production, but found instead that it apparently caused the receptor cells to nudge the pancreas as a whole into producing more insulin.

Recalling a particular memory can cause us to forget another, similar memory – and neuroscientists have now watched this process happen using brain scans.

Inside the brains of human subjects, they pinpointed the unique imprints of two visual memories that were triggered by the same word.

Then they watched as repeatedly recalling one of the images caused the second, interfering memory to vanish.

The study is published in the journal Nature Neuroscience.

The results suggest that our brains actively delete memories that might distract us from the task at hand.

“People are used to thinking of forgetting as something passive,” said lead author Dr Maria Wimber from the University of Birmingham.