Interesting article in the New York times by Aaron E. Carroll on the affects of alcohol on your health.

Over the past year, I’ve tried to clear up a lot of the misconceptions on food and drink: about salt, artificial sweeteners, among others, even water.

Now let me take on alcohol: wine, beer and cocktails. Although I have written about the dangerous effects of alcohol abuse and misuse, that doesn’t mean it’s always bad. A part of many complex and delicious adult beverages, alcohol is linked to a number of health benefits in medical studies.

That doesn’t mean the studies provide only good news, either, or that the evidence in its favor is a slam dunk. You won’t be surprised to hear that, once again, my watchword — moderation — applies.

Research into how alcohol consumption affects health has been going on for a long time. A 1990 prospective cohort study included results of more than 275,000 men followed since 1959. Compared with those who never drank alcohol, those who consumed one to two drinks a day had a significantly reduced mortality rate from both coronary heart disease and “all causes.” Those who consumed three or more drinks a day still had a lower risk of death from coronary heart disease, but had a higher mortality rate over all.

Link to full article on NYT

Flow cytometers guide fluorescently labeled cells one by one past a series of lasers and detectors in order to record their physical and molecular characteristics. Researchers using these techniques can survey tens or even hundreds of thousands of cells, garnering information that allows them not only to enumerate known cell types (such as CD4+ and CD8+ T cells) but also to identify novel subpopulations they may never have known were there.

But data collection is only the first part of the story; in flow cytometry it’s the analysis that counts. At a minimum, flow cytometry software packages must be able to load raw data files, transform the recorded intensity values onto a logarithmic scale, “gate” the information (i.e., identify threshold values to define whether a cell expresses a given marker), and plot the results.

Flow cytometers include their own software packages, of course, and third-party commercial analysis tools also exist. But these packages are typically relatively slow to adopt advances coming out of academic labs, says Ryan Brinkman, a Distinguished Scientist in the Terry Fox Laboratory at the BC Cancer Agency in Vancouver. As a result, a healthy collection of free and open-source alternatives has sprung up over the past decade or so. Brinkman even co-organizes periodic open competitions called FlowCAP to test them (flowcap.flowsite.org).

Studies are targeting aging at the cellular and systemic level. 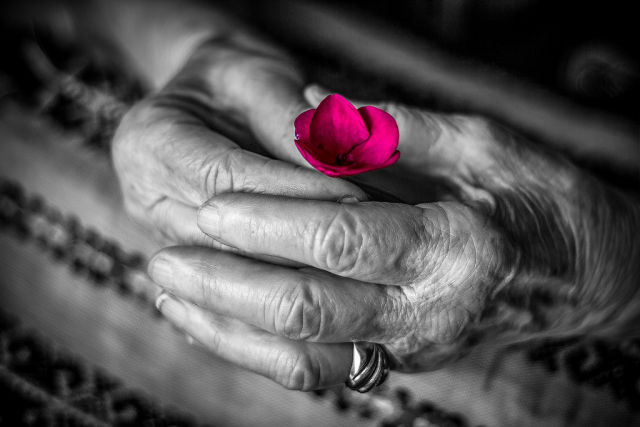 None of us can avoid the effects of aging, though many of us try in various ways, through cosmetics or nutrition and wellness products. Though these things may slow or disguise the progression of age-related effects, the health-related issues of aging remain. For the most part, researchers have had little luck developing treatments to postpone, ameliorate, or prevent the accumulation of diseases throughout one’s life. People may be living longer, but it’s often with a reduced quality of life due to age-related diseases.

Recently, researchers have begun to explore the basic mechanisms of aging from the cellular level to the systemic level in order to develop new strategies to prevent age-related issues and better understand them. Last week’s edition of Science took a look at some of the results.

Physical pain is a near universal problem, whether its sudden pangs or chronic aches. Yet, researchers’ efforts to quash it completely have fallen short—possibly due to a moonlighting channel in nerve cells. But that may be about to change.

The sodium ion channel, called Nav1.7, helps generate the electrical signals that surge through pain-related nerve cells. It’s known to play a key role in pain, but researchers’ past attempts to power-down its charged activities did little to soothe suffering. In a bit of a shocking twist, researchers figured out why; the channel has a second, un-channel-like function—regulating painkilling molecules called opioid peptides. That revelation, published in Nature Communications, provided researchers with the know-how to reverse painlessness in a woman with a rare condition, plus make mice completely pain free.

The link between Nav1.7 and opioid painkillers is “fascinating,” Claire Gaveriaux-Ruff, a pain researcher and professor at the University of Strasbourg, told Ars. And, she added, “this discovery brings hope to the many patients suffering from pain that are not yet adequately treated with the available pain medications.”

That source of hope has been a long time coming, John N. Wood, lead author of the study and a neuroscientist at University College London, told Ars. Researchers have been interested in Nav1.7 for years, he said. Excitement peaked in 2006 when scientists reported finding a family who lacked the channel and could feel no pain at all. After that, researchers excitedly scrambled to relieve pain with Nav1.7-blocking drugs. But the drugs inexplicably failed, Wood said. “So we thought, well maybe this channel isn’t just a channel, maybe it’s got some other activities as well.”

Link to article at ArsTechnica

In one of the 20th century’s most disastrous collisions of political ideology and science, the Russian botanist Trofim Lysenko steered the USSR’s agricultural research policies to deemphasize the deterministic concepts of Mendelian inheritance. Instead, Lysenko was committed to the idea that, within the space of a single generation, the environment could alter the phenotype of future generations, an idea that is now often (imprecisely) referred to as “Lamarckian” inheritance. In Lysenko’s view, Mendelian inheritance, along with Darwinian evolution, emphasizes competition, whereas he believed that biology was based on cooperation, and that hard work in one generation should rapidly lead to the betterment of the species.

Lysenko was among the most infamous purveyors of the idea that the environment experienced by an organism could influence the phenotype in future generations, and he was rightly denounced as a charlatan because he falsified results in pursuit of his goal. However, the scientific community has discovered over the past few decades that the idea that acquired characters can be inherited may not be completely off the mark. It turns out that epigenetic marks, information not encoded in the genome’s sequence, do respond to environmental conditions within an organism’s lifetime, and recent evidence suggests that such information may be inherited.

These findings have helped motivate modern research into the oft-discredited study of transgenerational effects of the environment. Researchers are now beginning to understand the mechanisms of epigenetic inheritance and to generate evidence for the idea that the experiences of an ancestral population can influence future generations.

Flu viruses trick immune cells into fighting seasonal battles instead of all out war.

Ditching annual flu shots for a single stick that can protect year after year may be even harder to do than scientists thought—thanks to our own bamboozled immune systems.

Influenza viruses are infamous masters of mutation, changing themselves ever so slightly to dodge detection by immune cells. That viral variation drives the need for us to roll up our sleeves each fall instead of relying on our immune system’s memory of last year’s flu—or so researchers thought. A new study finds that although our immune systems naturally have the potential to detect and fight all flavors of flu virus, they get tricked into fighting only strain-specific battles. The finding, published Wednesday in Science Translational Medicine, suggests that making a universal vaccine may require wising up our immune cells as well as outsmarting the virus.

The study, from a group of researchers led by Patrick Wilson of the University of Chicago, examined the immune responses of 21 people after exposures to the 2009 H1N1 virus (swine flu). Researchers specifically looked at participants’ B cells, which make antibodies that help fend off the flu by seeking out the virus and marking it for an attack, as well as seeking out the antibodies themselves.

AUGUSTA, Ga. – When a high-fat diet causes us to become obese, it also appears to prompt normally bustling immune cells in our brain to become sedentary and start consuming the connections between our neurons, scientists say.

The good news is going back on a low-fat diet for just two months, at least in mice, reverses this trend of shrinking cognitive ability as weight begins to normalize, said Dr. Alexis M. Stranahan, neuroscientist in the Department of Neuroscience and Regenerative Medicine at the Medical College of Georgia.